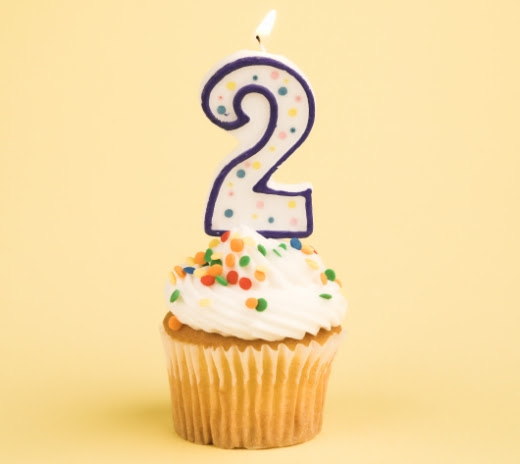 I've taken long breaks to deal with that nasty thing called non-online life,
Posted intermittently, snappily at times,
Written emotional tributes to people who made my childhood,
Indulged in fantasies enough to pick my own author dinner guest list,
Spent way too much time pretending to be a literary jury member and choosing my favourite books of the year,
Added a lifelong supply of books to my unending 'To-Read' list,
Checked for feedback and replies to my blog posts every few minutes after posting,
Recommended books that have anything and everything to do with India,
Contributed my bit to spread the overwhelmingly contagious Jane Austen love,
Delighted in reading and sharing Rabindranath Tagore's wondrous poetry.

Books are my confidantes, my favourite means of escape from boring reality and quite simply, I belong to the I-can't-imagine-life-without-books category of people for whom blogging is yet another excuse to talk about books. I tend to believe that sharing your thoughts about a book is probably second only to reading the book itself.

To all my followers, to all those who have taken the time to comment on my blog, to all the wonderful book blogs and bloggers who inspire me, and to the amazing authors and their books without whom this blog wouldn't exist, much love and a sincere thank you. I do hope that you've enjoyed reading my blog as much as I've enjoyed writing it. Have a wonderful life and happy reading! 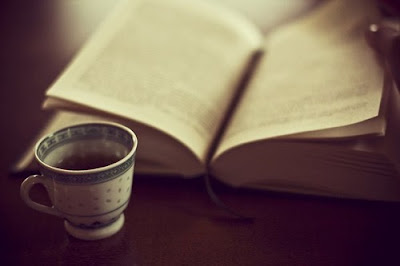 To quote Kathleen Norris: "Just the knowledge that a good book is awaiting one at the end of a long day makes that day happier." Amen to that.
Posted by Kals at 2:21 PM 18 comments

Review:
Fasting, Feasting has long been on my list of books I've wanted to read, for two reasons. One, because Anita Desai is considered one of the best Indian writers and it seemed almost blasphemous that I had never read her books. Two, because this book was shortlisted for the Booker prize in 1999. Fasting, Feasting didn't disappoint me, but it isn't the flawless masterpiece it could have been either.

Set for the most part in India, Fasting, Feasting starts out as a chronicle of the life of Uma, the first child, the unattractive, clumsy, pitiable daughter who is a burden on her parents MamaPapa conjoined beautifully as they are more of a single entity than two separate lives. The mishaps, tragic occurrences of her life make up most of the book, as she battles it out being the far-from-perfect, plain daughter whose attempts at marriage end in a disastrous fashion. Indeed Uma is the 'unmarried commodity' in a society where it is acceptable for a woman to be a failure at education, but sacrilegious to be a failure at marriage. Neglected, lonely, craving for company, left to do her parents' bidding as though she is their slave not child, Uma is the central focus of the 'Fasting' part which takes up most of the story.

Before I talk of the writing, here's a quote from the book about Uma's sister Aruna
'Here was Aruna visibly ripening on the branch, asking to be plucked: no one had to teach her how to make samosas or help her to dress for an occasion. Instinctively, she knew. The pale, pale pink sari, the slender chain of seed pearls, the fresh flowers, the demure downcast turn of the eyes, the little foot in the red slipper thrusting out suddenly like a tongue, and the laughter low and sly'

Anita Desai could write anything and I would read it. She is an enormously gifted author who does not feel the need to use complicated words or a laborious turn of phrase to convey her point. She writes simply, beautifully, vividly and paints a tragicomic picture of  first a dysfunctional Indian family and then a dysfunctional American one. Several reviews said that Desai wrote like Austen, with a keen passion to observe and comment about society and I definitely agree with that assessment. There's no pretentiousness in her writing, something which in my humble opinion, her daughter Kiran Desai's writing suffers from.

This book is a must-read if simply for the brutally painful, important feminist observations on Indian family life. There is the daughter who is considered a big failure if she cannot land a good husband, the brilliant, beautiful, brainy cousin who isn't allowed to go to Oxford, with more focus on preparing her for marriage, a state of affairs where being beaten up by the husband and the in-laws is considered nothing unusual, nor worth acting over. The book soaks in tragedy and the helplessness of its characters might annoy you a lot, but the sinking realisation that this situation is a reality to many women, makes the book a gripping read.

My problem with the book, if I can call it a problem, is the rather abrupt need for the 'Feasting' part which chronicles Uma's brother Arun's time in the U.S, living with an American family during holidays. The boy has been brought up with the sole aim of studying, and studying well, finally being sent to study in the University of Massachusetts. Arun is quite a disappointed, weird lad and an absolute loner. Suddenly to prop him up as the main character in the final 'Feasting' part of the book seemed out of place to me. The pity and sympathy I had for Uma had fast evaporated by the time I got to Arun's sad story. The American family seemed more like a caricature - the overbearing mother, the son obsessed with fitness, the bulimic daughter. All of this succeeds only in making the reader as uncomfortable as Arun.

In all, Fasting, Feasting is definitely worth reading, but prepare for tragedy, pain and unhappiness. Judging by just the excellent 'Fasting' part with its unforgettable images of the society's expectation of women and their roles, I would almost give the book a perfect ten. But the abrupt 'Feasting' part reduced my appreciation for the book. Regardless, I look forward to reading Anita Desai's other books and I'm glad I finally got around to reading another wonderful Indian writer.

P.S Delighted to be back blogging about books! I sure did miss being at Pemberley and look forward to catching up with all my favourite book blogs :)
Posted by Kals at 11:43 PM 7 comments