I quite believe in judging people by the books they read. And when it comes to great personalities, understanding their reading tastes and the books that inspired them, goes a long way in helping us understand these men and women. 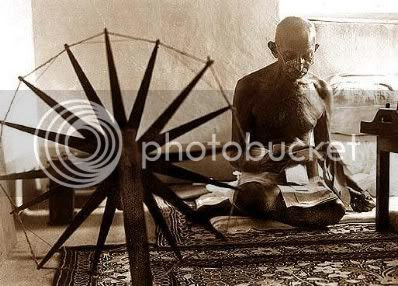 I'm now reading Rajmohan Gandhi's brilliant biography of Mahatma Gandhi: Mohandas: A True Story of a Man, his People and an Empire. Of all the many remarkable things about this great man's life, what strikes me is the importance that he gave to books and how much they influenced his life and ideas. Gandhi was a great reader whenever he found the time for it: for instance especially when he was imprisoned (He read thirty books in the three months he was jailed in Pretoria, South Africa)

Mohandas Gandhi's first trip abroad was to study in London and the young man was anxious to understand himself and what he actually believed in, when confronted by those of different cultures and habits. Books helped him immensely in this pursuit. Henry Salt's A Plea for Vegetarianism, which Gandhi says he read 'from cover to cover' helped him become a vegetarian by choice. [Remember here that the teenager Gandhi had once believed that the puny, vegetarian Indian couldn't stand up to the meat-eating British man]

His love and respect for Leo Tolstoy's writings, that would influence him enough to name his 'ashram' in South Africa Tolstoy Farm, began with reading  'The Kingdom of God is Within You' which Gandhi says overwhelmed him.

Sometimes, Gandhi sought refuge in books and great writers to see the arguments against and approval for some of his ideas. His interest in the works of Henry David Thoreau who he called 'one of the greatest and most moral men America has ever produced' is a case in point. Thoreau's statements on civil disobedience seemed to Gandhi to confirm and approve of his belief in satyagraha.

In a prison reading spree that would be a recurrent feature of his reading life, Gandhi read the following books during a two month imprisonment in South Africa: Thomas Carlyle's Lives of Robert Burns, Samuel Johnson and Walter Scott, Francis Bacon's Essays, Plato's Socrates. He later read Edward Carpenter's 'very illuminating' book Civilization: Its Cause and Care and also read Charles Dickens' David Copperfield 'with avidity'. 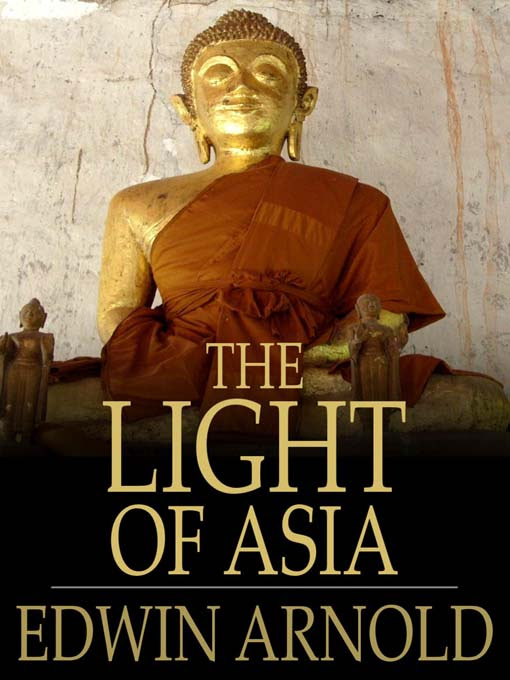 Perhaps no book captivated him as much as John Ruskin's Unto This Last. He resolved to put to practice the 'social equality and simple life' presented by the book, and bought a farm in Phoenix to reside with his family, friends and other members of the Indian community in South Africa.

Gandhi's own book Hind Swaraj (Indian Home Rule), put into words his long-held ideas of self-rule, civilization and how Indian civilisation is embedded with the concept of non-violence. He acknowledges in his preface to the book the inspiration that he received from reading Tolstoy, Ruskin, Thoreau and Emerson. Leo Tolstoy, with whom Gandhi was now corresponding, wrote back having reading Hind Swaraj, that the book was 'of great importance not only for India, but for the whole of humanity.'

In a rather remarkable trial in India (that deserves a post of its own), Gandhi was sentenced to six years in prison for 'inciting disaffection towards His Majesty's Government' in 1922 in the aftermath of the tragedy of Chauri Chaura. In Yeravda jail, Gandhi read a brilliantly diverse set of books sent by friends or from the jail library, devoting six hours a day for reading.

He read Edward Gibbon's The History of the Decline and Fall of the Roman Empire, Kipling's songs of Empire, the Mahabharata, Plato, Jules Verne, Macaulay, Shaw, Walter Scott, Faust, Tagore, Wells, Woodroffe, Dr.Jekyll and Mr. Hyde; histories of Scotland, of the Sikhs, of India, of birds, of cities; biographies of Pitt, Columbus, Wilberforce, Paul of Tarsus, Kabir; several Christian, Muslim and Buddhist books and a series of Hindu texts; writings of Vivekananda, Dayananda Saraswati, Aurobindo and Tilak.

Writes Rajmohan Gandhi of the Mahatma's varied reading list: 'The Empire's Challenger is thus also, in his mid -fifties, a scholar with an appetite'. Gandhi sometimes also reviewed books for his newspapers, notably Katherine Mayo's controversial book Mother India about India's 'insanitation and other defects' where she claimed 'The drains are India'. Gandhi notes that the book was 'cleverly and powerfully written' and that it is 'a book that every Indian can read with some degree of profit'.

India's 'Father of the Nation' was a reader, writer and a book reviewer too; always open to understanding different, even extreme, opinions and weighing them with his beliefs, never afraid to learn from them. The books he read influenced his ideas, his policies, and it wouldn't be too much of a stretch to say they ended up influencing the nation and the world.
Posted by Kals at 2:41 PM

This is such a lovely comment to wake up to :) Thanks so much!

I love love love this post. Thanks for this. I've never much into studying history and historical personalities, but this was a wonderful insight into the life of Gandhi. I have often wanted to read different subjects - much like Gandhi - with an open mind and never-ceasing appetite, but wondered if I could do it. This post came as an eye opener and inspiration to me. Am marking it for future reference.

Thank you so much for your kind words :) I'm glad you enjoyed reading it. I shall review Rajmohan Gandhi's biography of the Mahatma soon and I'm so overwhelmed by the sheer heroism and inspiration of the tale.