From Books to Films!

I'm one of those people who say 'Don't wait for the film, read the book!'. But I love watching films based on fabulous books. There's just something wonderful to see your favourite characters being given life and transported visually to the big screen. Of course, sometimes, the result is disastrous ( The Da Vinci Code ) and sometimes, the film is much better than the book ( The Devil Wears Prada). I'm no expert film critic, but these are the films-based-on-books that I'm looking forward to! 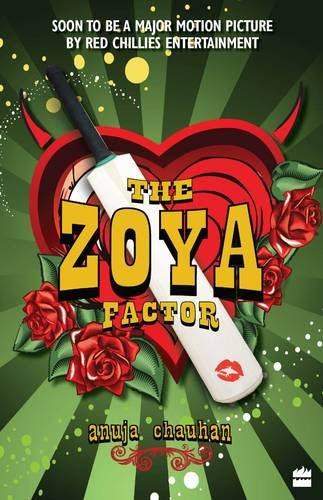 1. The Zoya Factor: Shahrukh Khan's Red Chillies Entertainment is producing the film. It will be a challenging task to recreate the pure fun and hilarity that Anuja Chauhan's writing did with ease, but I'm eager to see how the director will handle it. The casting is going to be very vital and interesting too.

2. Harry Potter and the Deathly Hallows : Part 1: Okay, the fact is that I'm not a fan of the final book being split into two films. I think it accomplishes nothing much, excluding confusing the audience. But the obsessed Harry Potter fan that I am, I'm looking forward to the film with the usual excitement although with a little more nerves than usual.

3. Alice in Wonderland: The photos released from the film look fantastic! Plus, it has Johnny Depp. And Tim Burton. This is supposedly a sequel to the first two books about Alice by Lewis Carroll. I'm booking my tickets for the film as soon as possible!

4. Sherlock Holmes: I hear this is Holmes, packaged for the 21st century. I'm not sure how much I'll like it, if so, but Robert Downey Jr. is usually brilliant, as is Jude Law ( who is probably too attractive for the Dr. Watson I imagined ), which is reason enough to watch the film.

5. The White Tiger - I HATE this book so much that I love it. Does that make any sense to you? If not, read the book. And then, watch the movie, that will be produced by Smuggler Films. I found Slumdog Millionaire over-rated, to say the least, so I'm not sure what to expect of The White Tiger. But I'll be watching it anyway.

6. Bollywood's take on Emma - Ayesha: I'm actually very nervous about how they might make Emma extremely anti-climactic and I'm not sure what to expect from this venture. I dislike Bride and Prejudice, but love Kandukondain Kandukondain ( India's take on Sense and Sensibility - Austen-fans, please watch it! You'll love it, I'm sure ). But Austenite that I am, I shall eagerly await anything with an ounce of Austen in it. I won't be too sparing if the movie is bad though.

One adaptation of a book that I won't be watching, even if I'm paid to watch and review it, is the film starring Julia Roberts, based on Elizabeth Gilbert's Eat, Pray, Love. The book had no plot, so I'm wondering what the film worked on.

So what are the films based on books that you're looking forward to?

Totally with u on the Emma and White Tiger thing. I hated the way poverty and Indianess was played with but loved the brilliant execution by Adiga. I cant wait to see what they do with the movie version.

Disagree that Harry Potter in 2 installments is a bad decision. It is actually necessary to make it understandable to audience( who havent read the book yet ) and to include lots of the plot points which would go poof if they had stuck with one part thing for the Deathly Hallows.They would end up with a story which would be totally unsatisfactory.

Here the part 2 , I have heard is mainly the last 7 or 8 chapters with lots of the final battle and emotions :)

Adiga's a brilliant writer, but I wish he was more optimistic =)I'm SCARED about Emma, actually. I have this weird instinct that says it's going to be an awkward film to say the least. I hope I'm wrong =)

My basic problems with the split are: 1. Where do you end Part 1 and where do you begin part 2 without making it seem too patchy?
2. I don't think Part 2 has enough plot material for a WHOLE film
3. I doubt if fans who haven't read the book will be able to retain enthusiasm for what they feel would be yet another HP film.

Oh well, anyway, I'm very excited about HP so it won't matter to me :)

Do you know that a book blogger, C.B. James, is hosting a Read the Book, See the Movie Challenge starting January 2010.
Check it out here: http://readywhenyouarecb.blogspot.com/2009/12/read-book-see-movie-challenge.html

That looks very interesting! I think I'll check it out and probably will join. Thanks for letting me know about the challenge! =)

I think we all feel a bit conflicted by film adaptations of well-loved books. On the one hand there is the hope that it will be just how you imagined and perfectly brought to life, but on the other hand it could all be totally opposite to what you had imagined and then completely ruin your memories of a book you had loved! One of the best adaptations I have seen recently was Atonement. I am looking forward to Sherlock Holmes, although nervous at the same time - I think it will best be taken with a pinch of salt! And I am sure Alice in Wonderland will be an absolute delight! How does everyone feel about the up-coming adaptation of The Lovely Bones by Alice Sebold?

I haven't read The Lovely Bones yet. Perhaps I should =)

True! I do think we should take Sherlock Holmes as a lighter, funnier version of the real deal =)

What an informative, interesting post! I didn't know about the Zoya Factor being transformed into a movie, that too by a big banner like Red Chillies.

True, there are many conflicts that arise when well-loved books are converted into movies but it is a challenge to see how close the gaps can be bridged.

When I saw the Bollywood flick that was based on Chetan Bhagat's One Night @Call Center, it was so crappy that I felt very very let down. Yet as you mentioned, Kandu Kondein was amazing. What a beautiful, aesthetic rendering of Jane Austen's work.

True...I hope SRK does justice to the funny book =)

Oh I'm sorry you had to endure that torture of 'Hello'! I avoid Chetan Bhagat-inspired films since I'm no fan of his books. But I'm looking forward to 3 Idiots, just because it's an Aamir Khan starrer and hence, I hope, won't be too bad =)

I didn't know Zoya Factor was being made into a movie. I loved the book and can't wait to see how this movie turns out. I do hope SRK is not playing the main role though!

I also can't wait for the White Tiger. It would make an amazing movie, I think, with great dialogues :)

I think Ayesha should be very good too. At least, the casting is great.

All fun...I love watching movies based on my fave books!

Oh, me too. SRK in the lead role would be suicidal! Someone like Ranbir Kapoor, I think, would fit the bill perfectly =)

True, that. The book has a lovely narrative and wonderful dialogues and I'm sure the film will pick some of those up.

Yep..Abhay Deol is one reason I'd like to check out Ayesha :) He's quite an interesting new actor.

I am curious to see how the Sherlock Holmes film turns out though.

I was indifferent to Slumdog the first time I saw it. The second time made me hate the film. And that's why I didn't read the book either. I didn't want to waste my time on it :)

Me too. The trailers seem to indicate that the Holmes in this film will be Holmes as we've never seen him before. I'm not sure if that's a good thing or not. LOL. But Robert Downey Jr is great =)